a capella choir performing music in and around Buckinghamshire

Old All Saint’s Church, formally Harcourt Chapel, was built in 1764 and designed by Simon Harcourt, 1st Earl Harcourt. Its design is based on the temples of Palmyra, such as the Temple of Bel.
The Temple of Bel is thought to have been completed in 31 or 32 AD. The architecture and design is noteworthy for its rare fusion of Roman, Greek and Middle Eastern styles, and its representations of converging themes of Judaism, Roman and Greek and Eastern motifs. The site’s colonnaded courtyard was considered one of the most remarkable and beautiful archeological sites in the world.

The resemblance is clear in the photos below. 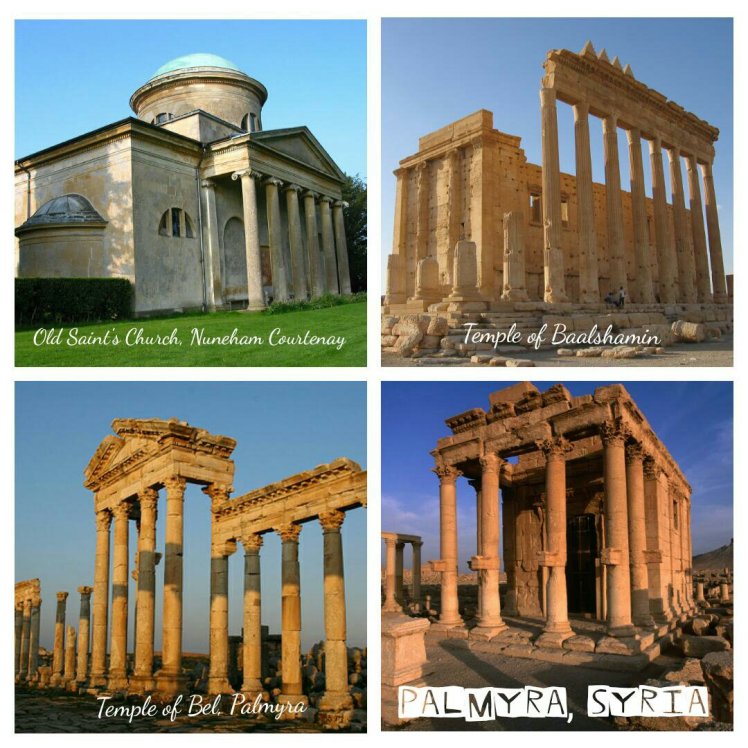